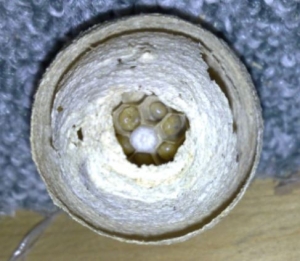 Wasps and Hornets are aggressive and unafraid. People are afraid of their painful stings and don’t like them because they build nests near houses during spring and summer. Here is some interesting facts about wasps: 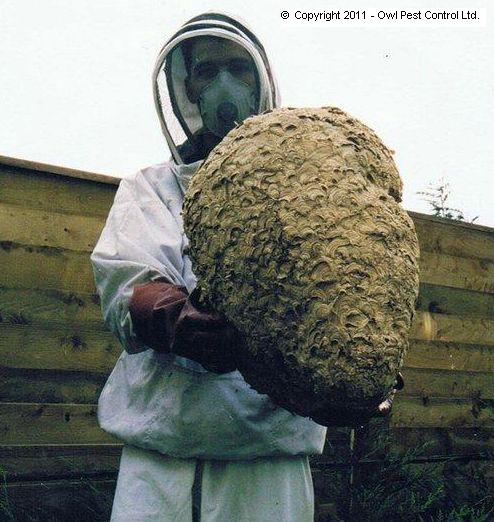 How to Locate a Wasp Nest? 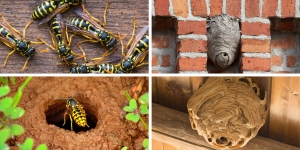 Do you see a lot of wasps flying around but cannot identify the nest location?

If you see a lot of wasps around your garden, especially around ivy or on tree leaves, the first thing you should make sure of is that they are not "Hoverflies", a very common insect in all Dublin areas.

Hover flies look a lot like wasps, but they have a distinctive flattened abdomen. They are smaller than wasps and can fly perfectly "on the spot" without moving forward or backwards.
They do not sting or bite so you should pay no attention to them.

If you see wasps congregating around an area of your house (usually the roof or an air vent), it does not necessarily mean there is a wasp nest inside. There is two case scenarios which can give you the answer:

Wasps are flying in and out constantly through an aperture(s). This means there is a wasp nest hidden in the wall or eaves of your house. Such activity is illustrated in the video below.

You leave in a house that is identical to your neighbours, in an estate for instance. Wasp gather around an aperture(s), but they move more randomly around the area, without focus, occasionally going in and out, but mostly flying around the area. This is a very common situation in Dublin, where many housing estates have been built in the last 50 years.

What happens in this situation is that some worker wasps get confused while returning to their nest and pick the wrong house! (see picture below)

If you suspect this situation, you should walk up and down your street (4 or 5 houses each way) until you find the "scenario 1" above. You should then advise your neighbour to have the nest treated as there is nothing you can do to your house that will solve the wasp nest problem.

DIY Wasp nest removal can represent a health and safety risk. The Wasp Specialist technicians are experts in wasp nest removal. Regardless of the location and the size of the wasp nest, we can remove it safely. Our wasp nest treatments are also fully guaranteed!

How to remove a wasp nest? 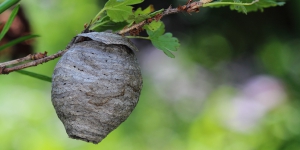 It is now the end of April and queen wasps are waking up from their winter hibernation.

In a few weeks, small wasp nests will appear (see picture) in any area around houses such as a garden shed, attics, eaves, trees, wall cavities and even under the ground.

Is it safe to remove a wasp nest?

First of all, you should not go near a wasp nest unless you are completely sure that you are not allergic to wasp stings. An anaphylactic reaction is life threatening even with medical help.

If the wasp nest is small enough and easy to reach, you may be able to treat it with a spray, after making sure you wear some protection for your face, hands and ankles.

Wasps are very protective of their nest and approaching a wasp nest can be incredibly dangerous if the wasps suspect they are being attacked.

You should also treat the wasp nest as early as possible in the season before it gets too big, with thousands of wasps inside.

Once the nest has been treated, you can remove it after a few days, being careful as some wasps may be still inside it and not completely dead.

If the wasp nest is in a difficult to reach location or in a confined space, e.g. inside an attic or wall or underground level, you should not take a chance and get professional help. If wasps get alerted of your approach, they will fight in swarms, and each of them can sting multiple times.

DIY Wasp nest removal can represent a health and safety risk. The Wasp Specialist technicians are experts in wasp nest removal. Regardless of the location and the size of the wasp nest, we can remove it safely. Our wasp nest treatments are also fully guaranteed! 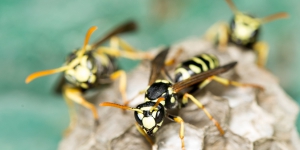 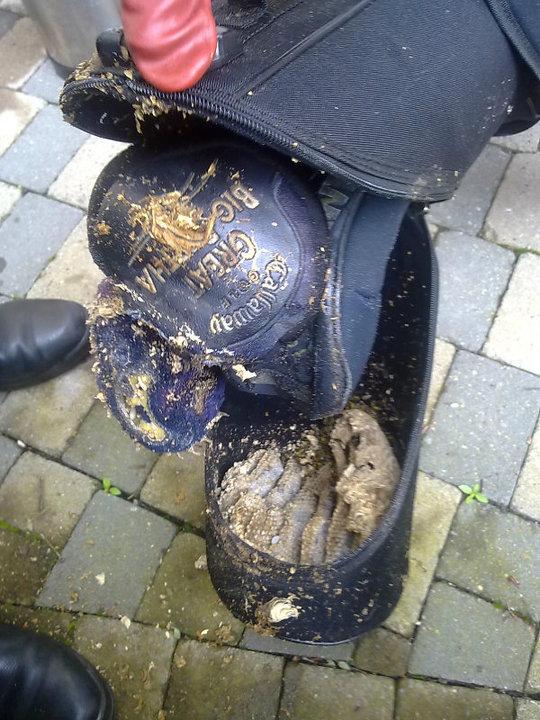 Wasp Nest in a golf bag