The nests of German wasps are more greyish in colour than Common wasp nests, and also they are more likely to be built underground, in an abandoned rat or mouse nest. In Dublin, the nests start to be built as early as the beginning of April. The nests can become very large with up to 10,000 individuals and most of the time only have one entrance.

Once the worker wasps do not need to feed the young they are “free” and indulge their love for nectar (a sweet substance found in flowers) and this is when they get attracted to our gardens, lured by the wrong signals:

If you notice a wasp nest somewhere in your garden or your house, make sure you keep pets and children away. It is recommended to deal with the nest ASAP as it will only grow bigger during the summer months and the numerous wasps can become a threat to your family and neighbours, especially if they are allergic to stings.

The first wasp nests of the season have already started in Dublin! 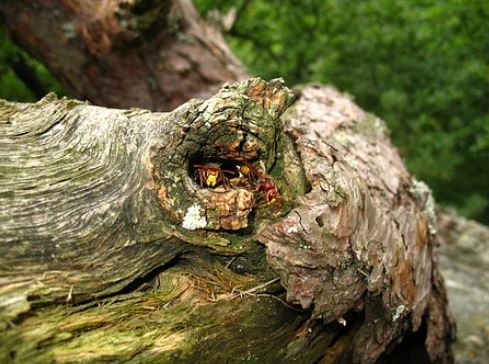 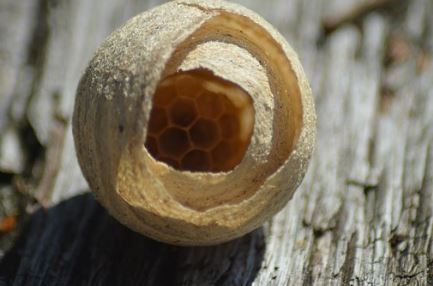 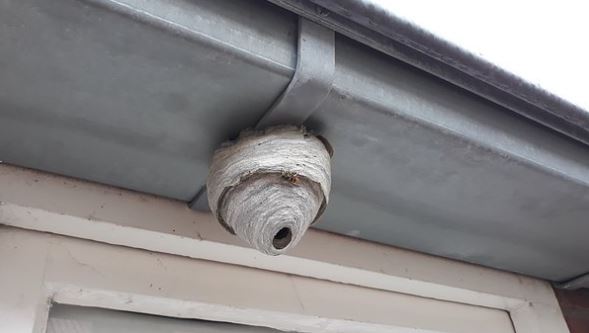 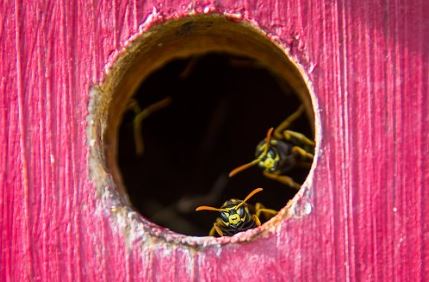 Wasp nest started in a birdhouse!